However, another argument is simply the quantity of data. Daniel has been working on the general problem of extracting data from tables in patents, a certain proportion of which are bioactivity data. The following graph shows the amount of bioactivity data per (publication) year in ChEMBL versus extracted by LeadMine from US patents. Note that for the purposes of this comparison, the ChEMBL data excludes data extracted from patents by BindingDB. 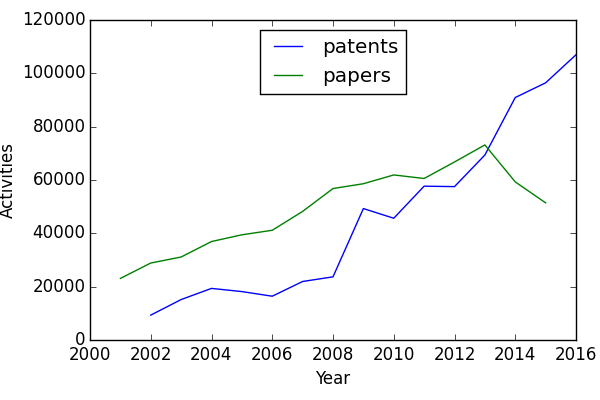 The rise in the amount of patent data is due to an increase in the size of patents as well as the number thereof. If the trend continues, patents will become increasingly important as a source of bioactivity data.

Daniel presented the details of the text-mining procedure at the recent ACS meeting in San Francisco. The talk below also includes a comparison between the data extracted by LeadMine and that extracted manually by BindingDB. If you’re interested in seeing a poster on the topic, Daniel will be presenting at UK-QSAR this Wednesday.

Automatic extraction of bioactivity data from patents from NextMove Software

Next month, at Bio-IT World, I will be co-hosting a workshop with Chris Southan (Guide to Pharmacology) and Paul Thiessen (PubChem) entitled “Digging Bioactive Chemistry Out of Patents Using Open Resources”. Chris Southan recently wrote about some of the untapped potential for the patent literature in drug discovery here.

The workshop will cover the following topics:

The workshop is scheduled for Tuesday 23rd May and registration is still open. For more information on the agenda of the workshop and to sign up head to here.